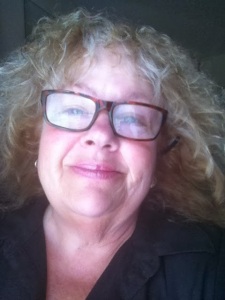 When Females Fight… I Love It!
By Gloria Faye Brown Bates/aka Granny Gee

Okay… now, this is something probably a lot of you never grew up knowing… seeing in your life. You’d be shocked, sick to your stomach to see such a display of raw emotions… between two females… sometimes, several females.

Unfortunately, as a little girl… I grew up to the tune of … women fighting. Their instruments were their voices that screamed… moaned… cried.

Painful music… someone was hurting… someone was being hurt… colors of blood on an old, bare… wooden floor… you could touch the nails in it. I used to… when I sat cross-legged as a little girl to watch.

I would sit crying, jump up to run help… if it was my mama being attacked. My little hands would slap, punch whomever was hurting my mama. I would cry out, “don’t hurt my mama”!

Sadly… shockingly… sometimes, I… loved it. I know this shocks you to know that a small child … sometimes, loved the music of a good fight between females.

It’s true… no matter how sad, awful it is. It can’t be changed now… I can tell you about it, though.

As a child I saw a lot of tempers flare constantly… grown-ups and children alike. We all were high-tempered… it was learned at an early age.

I have a high temper even today… I have learned to control it through time… though time to time, I become very angry. I don’t like to ever be that way… it takes several days for me to get past ‘being mad’.

I enjoy peaceful, quiet things … completely opposite of all I grew up around. While I write these words about myself… I never forget … I wasn’t the only child ‘there’ who grew up the same way as I did. There were always a lot of children who witnessed all I did.

That ‘was the spot’ where many heart-breaking fights occurred. Grandma Alma couldn’t walk to get away… George couldn’t see what was happening… so, whether they liked it or not… they had to sit through… every performance.

While Grandma Alma sat in her old, cloth rocking chair… George sitting in his cane-bottomed chair… there would be an audience around the ‘edge’ of the arena. There were little witnesses… children… ‘all eyes, ears’ sitting around to watch ‘what was going to happen’.

Sometimes, the children ‘knew’ someone was ‘going to get their ass whipped’. They knew because they would hear the older females say it. Sometimes, when I heard it… I was glad… I was going to ‘see so and so… get an ass-whipping’.

Why was I glad? Because … probably at that time the one who was going ‘to get it’… had been mean to me. I wanted to see them ‘get their medicine back’. Maybe someone had treated my cousin, or Grandma Alma, George badly… I wanted to see ‘their ass get whipped’.

When I saw it… I ‘pure loved’ it. They deserved it. They got ‘their medicine back’…

As a child, I hated to see unfairness, cruelty, people treated bad. I was glad to see ‘things happen back to the one who did it’. It might not be a nice thing for a child… nevertheless, that’s the way it was. Life happens…

I grew up with primarily females in my life. It taught me to ‘hate’ females… though, I love them. I just don’t take a lot from them… only enough … ‘for them to realize that I’m only going to take so much’. I give them a chance … to stop. My number is… ‘three’.

I’m sure you are like this… I try to be as good as I can… once in a while… life happens where you don’t have control over circumstances. You know what I mean… I know you do. There comes a time when you have to take a stand… hold your ground.

To this day… when I see females fight… it’s on tv. I usually see it on … of all things… The Jerry Springer Show. We watch it from time to time. It reminds me of when… I was little.

To this day… when I see the female who caused a lot of grief to others… I love to see her ‘ass get whipped’.

Skip says it’s because I ‘have a hate for women’ from being mistreated as a child. It could be… it could not be. Depends… :))) Life is what it is. Life happens.

Now… don’t think I’m a bad person. You all who know me by now… know differently. I’m most definitely a good person.

It’s just things like we all have grown up with that stems from child-hood that shapes us to the person we are now. It doesn’t mean I want to see all females… or any females fight. If I do see them, and like to see it…. you can bet I’m watching to see the one who did bad… get her medicine back!

Notice, I don’t speak of men, don’t you? I didn’t grow up around men… very few of them. For the most part, I grew up thinking men were more honest, less treacheous when it came to … females.

I can say I grew up to never let myself be abused physically by a man. Only once did it happen… and the man knew it was almost a fatal mistake to ever put his hand on me. That was when I was very young…

Growing up hard can either make one weaker… or become stronger. One can become broken, never to be ‘fixed’ again.

I didn’t become broken… it took years of many things happening in my life that doesn’t normally happen in others’ lives… to grow the strength inside me.

When females fight, I love it… when the … mean, nasty ones … ‘get their ass whipped’! They deserve to feel the pain they wreaked on others… that’s how they learn it isn’t right… how it feels. I love to see at such times… females fight!
Note by this author: Truthfully, I don’t like to see anyone fight. But… if they do… this would be the kind of fight that would give the ‘bad guy’ their medicine back. Gloria Faye Brown Bates/aka Granny Gee

6 thoughts on “When Females Fight… I Love It!”