The Kindest Man I Knew as a Child …George

G…. damn it!  I ran to see what had happened

I saw an older man holding his hand

He picked the hammer back up to use it again

Held the nail in the other hand

He placed the hammer on top of the nail

Lifted it up, brought it down hard

Moving his hand just in time

He sunk the nail into the wood without further injury

I ran to him … a little girl of nine

Concerned, seeing the pain on his face

Looked at his poor finger … it was cut to the bone 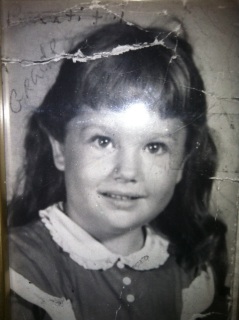 His red blood dripping to the ground

I ran to get a white cloth, peroxide

Poured it on his wound, wrapped it up

Yet, I knew what to do

I looked up into George’s face

His sightless eyes were staring ahead

George was blind, he couldn’t see a thing

He had to feel, sense all he did

My heart broke for my step-grandfather

Whom I loved with my Heart

He was the kindest man I ever knew

He was the only living grandfather I ever knew

George loved me, and all the grandchildren

He would sit, hold us on his lap

Tell us stories about B’rer Rabbit

Little Red Riding Hood and The Three Bears, too

The ones who couldn’t sit on his lap, sat on the cement porch

Looking up at him with loving eyes

All the children loved George

George loved all the little children

We were amazed at all he did, George was blind

He could tell the difference in money

When people paid him at his little store

George could walk to town with a white cane, red and black

Walk to the stores … walk wherever he needed to go

There were six grandchildren who lived next door

Never no telling how many at a time lived with him

With him, and Grandma Alma … they took everyone in

They were colorful characters who entertained the children

When all Hell broke loose … it was a sight to see, hear!

He could be heard a mile away

Grandma Alma would wait until the time was just right 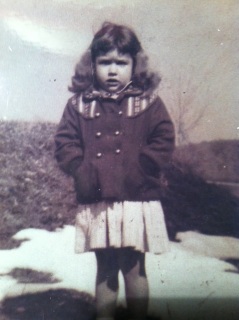 Throw a glass of cold water in his face to cool him down!

Begin to calm down … asked her why did she do that

A blind man and a paralyzed woman with one good hand, leg

They were a sight to see … when they got frustrated

As a child I couldn’t understand

I would watch in amazement and fear

The other grandchildren would run to see

We would look at each other, put our hands over our mouths

It was funny to see them get mad, do the things they did

I wonder if they ever knew we had fun watching

They would yell, my Grandma Alma cussing like a sailor man 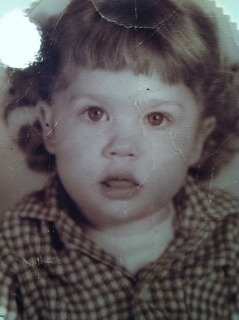 You … He-man! She would scream as loud as she could

You damn He-man, you!

George would mumble under his breath

An old pink, cloth recliner with a wooden chair in front of her

To place her feet in when needed

George would sit three times a day to rub her legs

Exercise, do range-of-motion on both

Then, her arms and hands with Beauty Ray lotion, alcohol

They loved each other with their hearts

It was their only way to release their frustrations

At the cruelness of Life that was dealt to them

As a child I never knew that … as a woman, I really do

A blind man, paralyzed woman who had only love to give

The kindest man I ever knew until my husband, Skip

They loved, cared for many children who came through their home

A home that was pure Hell to live in, but … the only safe haven they knew

I look back now to see why I grew up there

I see now … to make me stronger than strong

I learned forgiveness no matter what, unconditional love

Honesty, love and caring … in the all Hell that was raised

In that house that sat, guarded the portal of Hell

I can forgive when I’ve been done wrong, but … not forget

I have one Hell of a fighting spirit … just like my Grandma Alma, George

I learned many things from a blind man, paralyzed woman

Including how to raise Pure Hell, though I try not to

They instilled many things in me … making me a good person

Learning … going through bad things as a little girl

I was almost on that path, turned around … ran like Hell

I might not have a lot … but, doesn’t matter

I can live with myself knowing I’m doing no wrong

I don’t sit, judge others for what they do

I try to see the best in the ugliness of Life 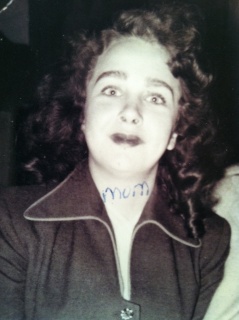 I look back and see … acknowledge I learned good things

From bad things through time, beginning with Grandma Alma

And George … who was the kindest man I ever knew

Much too exciting for me … leading to a bad end

Beautiful clothes, lots of money aren’t the most important in life

I learned real life hurts … but … I’d rather face it

Than to lose all in the long run which surely happens

My foundation as a child was built on shaky, but stable ground

No matter how bad, Grandma Alma and George was always there

No matter what … their love never faded, they had nothing but … had all

Blind, paralyzed … these two people made the difference in my world

Helped to shape me to the person I am today

What you see is what you get

Where I stand is where you can see

Mainly love, caring, honesty … a person I like today

I learned this from my Grandma Alma, and the kindest man I knew as a child … George

Note by this Author:

My poem is a reflection looking back through the looking glass.  I look back to when I became aware of life … so many mean, bad things.  At the age of nine … the world I lived in, exploded.

Going from wearing Peaches and Cream dresses, lacey socks, and black-patent leather shoes, Oxford shoes too … having a beautiful, clean home to live in, good things to eat … a lady who cared for me and my brother through the week to … Hell … where my Grandma Alma, George lived.

No more being fed right, dressed nice … or anything to make life soft … I went to knowing grown up hands hurt me in more ways than one.  They did things they shouldn’t have … physically, mentally to me.  I forgave long ago, I didn’t forget … but, I did.

I didn’t realize I had lived in Hell just before going to Grandma Alma and George’s … in my ‘perfect world’ where I was a little princess.  My stepfather would come in late night, jerk my beautiful mother up out of the bed as she laid with us … beat her unmercifully.  He shot up our bedroom, we were so afraid.

So, I look back to see I lived in Hell that was bright, clean, nice to an ugly Hell that was grimy, dirty … Hell-raising every day … but, full of love as well as hate, and … bad things.

I’d like to think all the bad things shaped me in the long run to being a good person.  I’m not the best person in the world … I am just the best person I can be.  That means I’m not perfect, but … I am just a real person who tries hard to be good … always.  It has taken many ‘bad’ things to make me this way.