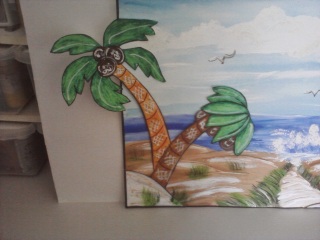 Walter Sebastian was bored out of his mind. On the sofa he lay….polka dotted boxers, taking a long drag off his Winston. Reruns of Laverne and Shirley were on… “Stupid bitches, ain’t a damn thing on TV’ he growled.

A commercial came on, it was an advertisement for a local nursing home. One of the staff….looked familiar…strawberry blonde hair…’ I know that little hussy from somewhere’ he mumbled as he yawned and walked to his bedroom.

Walter woke up early the next day….his father’s Shriner uniform hanging on the back of his door caught his eye… Walter Sebastian changed into the uniform, grabbed a book, and headed to Pinecrest Manor…the nursing home he had seen on TV with the familiar looking girl working there.

Walter walked in the front doors….he approached a staff member and said he was there to read to some patients, from the Shriner’s Club. ‘Oh, how nice! They would love that. ‘ replied the short, morbidly obese nurse.

Walter Sebastian scanned the lobby, an old lady in a wheelchair sat, her long, white braid pulled to one side. She had oxygen on, tubing in her nose and attached to a green oxygen tank. There was loud piano music playing…so he decided to take the woman to her room. ‘It should be quiet there, so I can read to you better,’ said Walter.

‘Here’s my room’ she told him. The name plate on the door read ‘Lottie Mann’. He wheeled her into the room and partially closed the door, ‘ that should help drown out that goddamn piano music’ Walter Sebastian smiled to himself, then chuckled.

‘Tell me, Lottie…do you like it here?’ asked Walter…distracting the woman as he disconnected her oxygen tubing from the green tank behind her wheelchair. ‘Well, the food is not good’….she told him, and ‘ I never get help to the bathroom.’

Walter looked at her, and laughed. ‘Do you think this is the fucking Hilton? You can’t have your cake and eat it too!’ The old woman gasped in shock at what she had heard…grabbed her chest. She reached for her call bell…as Walter slung it under the bed. ‘Can’t bree…I can’t breathe…’

Walter smiled his devilish smile, ‘well, you’re on damn oxygen. What the hell more do you want…’ Lottie’s lips were turning blue. She gasped…but no words would come. ‘Take deep, slow breaths…’ Walter told the old woman, smiling that strange smile the whole time. She sat, clutching her chest, throat, in obvious distress.

Walter got up to leave. He glanced back…’remember, deep breaths’, he said as he left.

2 days later….Walter got up, walked the long walk down to his paper box at the end of his driveway. He lit a Winston…..checked the obituaries….’ well, I’m not in here,’ he smiled that sick little grin. Then he saw Lottie Mann’s obituary. She had died the afternoon he visited her, disconnected her oxygen. It read that she died of Emphysema.

‘Them damn cigarettes will kill ya’ he laughed, as he lit another Winston.