There are good people in this world … their kindness is like a coat … it hides what’s underneath … no one can see the evilness. By Gloria Faye Brown Bates/aka Granny Gee. 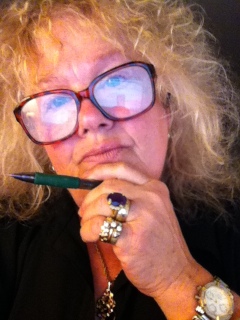 Walter Sebastian looked down into the face of the woman he had fallen in love with.  She was so pretty … now, he had to decide what to do.  He thought he might stay a little longer … see how soon someone missed Zelma Struthers.

He told Grace that Zelma had changed her mind about moving the heavy piece of furniture.  Instead … she was going to take a swim when he got there.  Walter Sebastian told Grace that he told her he’d come back another time to help her, then.  Walter told Grace that he had driven into town to pick up new underwear … he’d had an accident … from all the watermelon he ate yesterday.  That explained his polka dotted underwear under his clothes.

Grace began grinning.  Polka dotted underwear!  I want to see!  She snuggled up tight to him … began unbuttoning his pants, unzipped his zipper.  Walter Sebastian’s pants fell around his legs.  He became erect as Grace played with him.  She loved his purple polka dots … soon they too … fell on floor at Walter’s feet.

Walter Sebastian picked Grace up … took her to bed.  Their kisses were passionate.  Walter couldn’t wait to get inside her … she pulled him tightly to her.  They couldn’t get enough of each other.  The harder he thrust … the harder she pulled him … into her until … the moment of pure exquisite ecstasy.

Walter was glad he came back … at least for a little while.  They showered, got dressed.  Soon, they were in the kitchen making supper.

Several weeks went by … still no word of the missing Zelma Struthers.  Walter Sebastian was curious to if she had family to miss her.  He didn’t want to question Grace … or anyone.  When the day came for everyone to wonder what happened to her … no one would connect him with her.

Grace decided it was time for her to go back to work at the hospital.  Walter Sebastian was glad.  He was beginning to want to go out to find something fun to do.  He missed doing the things he used to do.

There was one thing he’d be very careful about doing from now on.  That was to walk into the ocean with a vial of blood.  He would never do that again.  The shark attack was too fresh in his mind.  No … the next time … he’d stand on a pier and drip blood into the water to see what would happen.  He’d have the best view in the world!

In fact … that was exactly what he was going to do!  He was excited as he drove to his real home … his secret home.  He’d take some of Zelma’s blood in a little vial to the ocean.  He knew just the place.

A couple hours later … found Walter Sebastian standing on Harper’s Pier.  He fondled the little vial in his pocket … he would know the right time to drip the blood into the water.  Why had he never thought about standing from a pier to do this, before?  That damn shark wouldn’t have ever attacked his ass like it did.

Walter watched about twenty people … adults, children alike … play, jump waves in the water.  Happy, excited voices floated on the air to him.  Walter Sebastian smiled … only it wasn’t a smile of being happy for other people being happy.  He only wanted to destroy it for them.

Old Walter Sebastian was quickly coming back to himself since he began to remember … now, he remembered how easily bored he always was … he always wanted to find something fun to do.  Sometimes … he had to make his own fun.

Walter Sebastian walked to the end of the pier … stood a while.  He spotted something dark in the water.  Shark!  Walter grinned …

He slipped the little vial out of his pocket … took the cap off. He let one drop of blood drip into the water.  He soon saw the shark just below him … damn, it was a big one!

Walter Sebastian began walking slowly back toward the store on the pier … and to where people were swimming near the pier … he was letting the blood drip all the way … one drop at a time.